Welcome to
Vote for the Constitution

Welcome and thank you for visiting the "Vote for the Constitution" (VFTC) website. We the People have been facing a growing constitutional crisis; gradually increasing over many decades. Since 2008 (possibly earlier than than that) this crisis has accelerated at an alarming rate. I created this website to present my experience and research, based on facts as I believe them to be, and then connecting the dots. It doesn't mean that I am right and you're wrong. As always, do your own homework so you KNOW what you know and can speak knowledgeably with others.  We can agree to disagree and I will respect your opinion. My mind is open to other points of view and always up for a good, adult conversation supported by objective and verifiable facts and not emotion. (To learn about who I am, go to About Me.)

This is not about "Democrat versus Republican" or "Left versus Right", but "Right versus Wrong" through the lens of the Constitution of the United States of America. VFTC is intended to be nonpartisan. I hope you come here and find it that way. Thank you for your time and consideration.

Yours in Liberty, Rodney Spooner 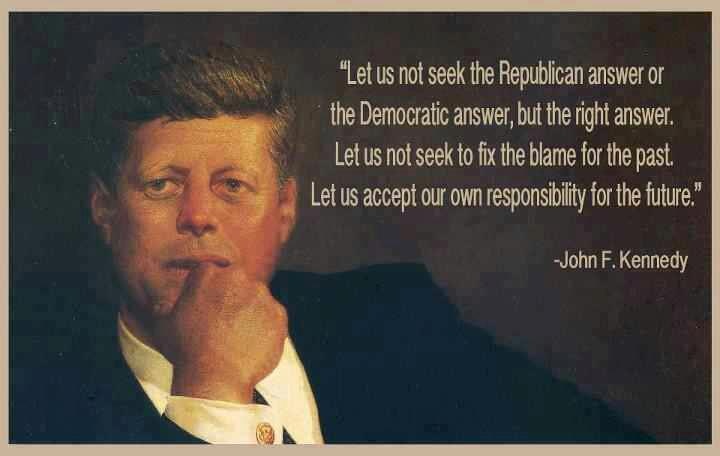 In the beginning of our Republic, what were once known as Statesmen have since turned into politicians, and WORSE...our elected servants have become self-serving political whores. They pass legislation they haven't read to fix one problem while creating ten more problems. Then they want us to re-elect them so they can fix those problems that THEY CREATED! They've made quite a mess in Washington, D.C. We can point fingers at others but the undeniable fact is that IT'S OUR FAULT FOR ELECTING AND REELECTING THEM THERE! The politicians won't fix our broken political system because BOTH the Democrat and Republican party LEADERSHIP ARE CORRUPT!

Only "We the People" can save our Republic. But we can't do it by voting blind allegiance to CORRUPT PARTIES THAT DIVIDE US. It's time to unite and VOTE FOR THE CONSTITUTION OF THE UNITED STATES (1791). But how can we do that if we don't know and understand the Constitution and the republic our Founding Fathers intended? We need to read, study, and understand the Constitution so that we can teach it to our children because it isn't being taught in our schools as it should.

﻿"The truth is, Congress passes a Bill that solves one problem while creating 10 more . . . then they want to be re-elected so that they can "fix" those problems." ~ Rodney Spooner﻿ 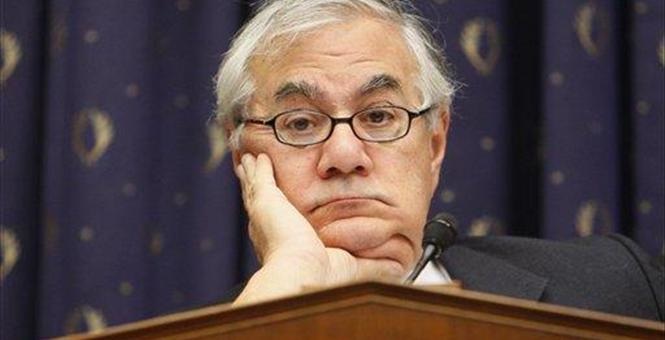 No one will really understand politics until they understand that politicians are not trying to solve our problems. They are trying to solve their own problems-- of which getting elected and re-elected are number one and number two. Whatever is number three is far behind.

Many of the things the government does that may seem stupid are not stupid at all, from the standpoint of the elected officials or bureaucrats who do these things.

The current economic downturn that has cost millions of people their jobs began with successive administrations of both parties pushing banks and other lenders to make mortgage loans to people whose incomes, credit history and inability or unwillingness to make a substantial down payment on a house made them bad risks.

No one pushed these reckless mortgage lending policies more than Congressman Barney Frank, who brushed aside warnings about risk, and said in 2003 that he wanted to "roll the dice" even more in the housing markets. But it would very rash to bet against Congressman Frank's getting re-elected in 2010.

After the cascade of economic disasters that began in the housing markets in 2006 and spread into the financial markets in Wall Street and even overseas, people in the private sector pulled back. Banks stopped making so many risky loans. Home buyers began buying homes they could afford, instead of going out on a limb with "creative"-- and risky-- financing schemes to buy homes that were beyond their means.

But politicians went directly in the opposite direction. In the name of "rescuing" the housing market, Congress passed laws enabling the Federal Housing Administration to insure more and bigger risky loans-- loans where there is less than a 4 percent down payment.

A recent news story told of three young men who chipped in a total of $33,000 to buy a home in San Francisco that cost nearly a million dollars. Why would a bank lend that kind of money to them on such a small down payment? Because the loan was insured by the Federal Housing Administration.

The bank wasn't taking any risk. If the three guys defaulted, the bank could always collect the money from the Federal Housing Administration. The only risk was to the taxpayers.

Does the Federal Housing Administration have unlimited money to bail out bad loans? Actually there have been so many defaults that the FHA's own reserves have dropped below where they are supposed to be. But not to worry. There will always be taxpayers, not to mention future generations to pay off the national debt.

Very few people are likely to connect the dots back to those members of Congress who voted for bigger mortgage guarantees and bailouts by the FHA. So the bureaucrats' jobs are safe, even if millions of other people's jobs are not.

Congressman Barney Frank is not about to cut back on risky mortgage loan guarantees by the FHA. He recently announced that he plans to introduce legislation to raise the limit on FHA loan guarantees even more.

Congressman Frank will make himself popular with people who get those loans and with banks that make these high-risk loans where they can pocket the profits and pass the risk on to the FHA.

So long as the taxpayers don't understand that all this political generosity and compassion are at their expense, Barney Frank is an odds-on favorite to get re-elected. The man is not stupid.

What is stupid is believing that politicians are trying to solve our problems, instead of theirs.

As for the FHA running low on money, that is not about to stop the gravy train, certainly not with an election coming up in 2010.

The Federal Deposit Insurance Corporation is also running low on money. But that is not going to stop them from insuring bank accounts up to a quarter of a million dollars. It would be stupid for them to stop with an election coming up in 2010.

﻿Ronald Reagan - Last Stand for a Refuge for Freedom﻿

﻿The Greatest Constitution Ever Written
﻿

﻿By Rodney Spooner﻿
﻿The Constitution of the United States is the greatest Constitution ever written. It was signed and adopted by the Founding Fathers on September 17, 1787 and fully ratified by the States on January 10, 1791, making it the oldest working Constitution in the history of the world. This is a testament to our Founding Fathers who were not only educated and intelligent but applied their intelligence most wisely when crafting the Constitution. They could easily have set themselves up as monarchs and kings but they resisted personal temptation for the greater benefit of all mankind. As a result, through the principles of fiscal responsibility, limited government, and free markets, the United States grew to become the wealthiest and most powerful nation in the history of the world.

For about the first 100 years or so, our leaders adhered to the fundamental principles of the Constitution and the Republic that our Founding Fathers intended most likely due to the fact that the Founding Fathers were still alive during about half of that time and also because the early American generations fiercely cherished their independence and Liberty that they sacrificed, fought and died for. But when Statesmen started turning into self serving political whores the greatness of the  United States started diminishing.

The most fundamental reason for the United States' diminishing greatness has to do with the Federal Reserve Bank which was created in 1913 under the Woodrow Wilson Administration and was NEVER part of our federal government. The FRB is a private money cartel run by unknown individuals who are unaccountable to the taxpaying Citizens of the United States yet completely controls our economy. While there were earlier attempts to establish a central bank, I submit that the most significant event was the unconstitutional establishment of the Federal Reserve Bank in 1913. Our Founding Fathers sternly warned against establishing a central bank and it was through deceitful trickery that a cartel of "money changers" unconstitutionally created legislation to create the Federal Reserve Bank.﻿

A Crisis in Washington, D.C.

By Rodney Spooner
Our elected servants swear an Oath of Office to "preserve, protect, and defend the Constitution of the United States against all enemies, foreign and domestic..." The REAL problem in Washington, D.C. is that they are not honoring their Oath of Office, or following the Constitution of the United States (1787) for that matter, because they either don't know and understand the Constitution and the Republic that our Founding Fathers intended, or they just plain don't care. The first case is plain, simple ignorance. The second case is at least Perjury and possibly Treason. In either case, they put our Constitution, our Republic, and our Liberty in grave peril.

Question: How can our elected servants possibly "preserve, protect, and defend" something they either don't know and understand or just plain don't care about?

While impeachment is an option, VOTING THEM OUT is the only real, practical solution for HOPE for CHANGE. But how can we elect constitutional candidates if "We the People" don't know and understand the Constitution of the United States (1787) and the Republic our Founding Fathers intended? We must read it, study it, and understand it by reading the original source documents that influenced the thinking and writings of our Founding Fathers. Then we must teach it to our children because it isn't being taught in the schools like it should.

Something else to consider is that our military swears the same Oath to the Constitution. What would happen if they just decided not to honor their Oath?

The ONLY SOLUTION to the Crisis in Washington, D.C.