Thank you for visiting the Climate Change page. You will get no argument from me that climate changes. It does so naturally for reasons we still don't fully comprehend. But lately, man-made climate change has become just that - man-made.

Patents for Weather science have been issued as far back as the 1940's for what we commonly refer to as "cloud seeding". It became obvious early on that while it was possible to make it rain in one area, it also prevented rain in another. How much has science advanced in controlling weather? If man can affect the path of the Jet Stream can they also produce tornadoes, hurricanes, typhoons, floods, and polar vortexes? Has science advanced to the point of controlling the destructive power of weather to use it as a weapon? Imagine not having to send in the costly military war machine and instead create destructive climate chaos like flooding that would require a nation to borrow billions of dollars for food and medicine for the homeless, repair hospitals and other buildings, roads, and bridges...nuclear power plants. The debt can lead to enslavement of a nation and its' People. Instead of sending in the evil and costly war machine, now they be heroes by offering humanitarian aid.

As long as weather control exists, how can we ever know whether a climatic catastrophe was an 'act of God' or whether it was men acting like God?
I used to be a denier of man-made climate change.
NOW I'M A BELIEVER!

Educate yourself. Your life may depend on it.
www.GeoEngineeringWatch.org
Nikola Tesla conducted weather modification tests (about 18 minutes in)
Genesis 2:15 "The LORD God took the man and put him in the Garden of Eden to work it and take care of it." 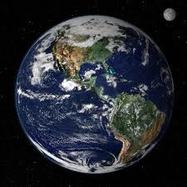 We all must do our part to take care of mother earth. It is all we have to sustain us. If we pollute it we will only succeed in destroying ourselves. The planet, however, will remain and continue to revolve and evolve.

I don't deny that mankind has some impact on the environment but I do not believe what the United Nations and the global banking elites are shoveling.

After decades of the United Nations Intergovernmental Panel on Climate Change (IPCC) reporting on how devastating mankind's impact has been on planet earth and how it has affected the planet's climate we are now starting to learn that, although I wouldn't call it a complete hoax, their reporting has been greatly exaggerated.

The Climatic Research Unit email controversy (also known as "Climategate") began in November 2009 with the hacking of a server at the Climatic Research Unit (CRU) at the University of East Anglia (UEA) by an external attacker. Several weeks before the Copenhagen Summit on climate change, an unknown individual or group breached CRU's server and copied thousands of emails and computer files to various locations on the Internet. The story was first broken by climate change critics on their blogs, with columnist James Delingpole popularising the term "Climategate" to describe the controversy. Climate change critics and others denying the significance of human caused climate change argued that the emails showed that global warming was a scientific conspiracy, in which they alleged that scientists manipulated climate data and attempted to suppress critics. The accusations were rejected by the CRU, who said that the emails had been taken out of context and merely reflected an honest exchange of ideas.

The mainstream media picked up the story as negotiations over climate change mitigation began in Copenhagen on 7 December. Because of the timing, scientists, policy makers, and public relations experts said that the release of emails was a smear campaign intended to undermine the climate conference. In response to the controversy, the American Association for the Advancement of Science (AAAS), the American Meteorological Society (AMS) and the Union of Concerned Scientists (UCS) released statements supporting the scientific consensus that the Earth's mean surface temperature had been rising for decades, with the AAAS concluding "based on multiple lines of scientific evidence that global climate change caused by human activities is now underway...it is a growing threat to society." Read more at http://en.wikipedia.org/wiki/Climatic_Research_Unit_email_controversy.
Climategate 2.0: New E-Mails Rock The Global Warming Debate
Forbes 11/29/2011

A new batch of 5,000 emails among scientists central to the assertion that humans are causing a global warming crisis were anonymously released to the public yesterday, igniting a new firestorm of controversy nearly two years to the day after similar emails ignited the Climategate scandal.

Three themes are emerging from the newly released emails: (1) prominent scientists central to the global warming debate are taking measures to conceal rather than disseminate underlying data and discussions; (2) these scientists view global warming as a political “cause” rather than a balanced scientific inquiry and (3) many of these scientists frankly admit to each other that much of the science is weak and dependent on deliberate manipulation of facts and data. Read more at http://www.forbes.com/sites/jamestaylor/2011/11/23/climategate-2-0-new-e-mails-rock-the-global-warming-debate/. 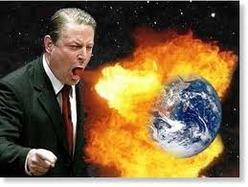 FIVE YEARS AGO TODAY...Al Gore Predicted the North Pole Will Be Ice Free in Five Years

Al Gore predicted the North Polar Ice Cap would be completely ice free in five years. Gore made the prediction to a German audience in 2008. He told them that “the entire North ‘polarized’ cap will disappear in 5 years.”

This wasn’t the only time Gore made his ice-free prediction. Gore’s been predicting this since 2007. That means that by the year 2012, the North Pole should be completely melted by now.  Did it? Nope.

"A fool and his money are soon parted." 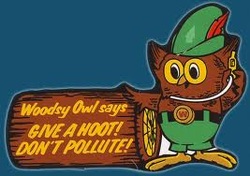 Don't get me wrong. Mankind has a duty to be responsible regarding our environment. Mild environism has turned into extreme environism agitated by eco-terrorists.
Earthquakes and Volcanoes