Thank you for visiting the "Health Care" page where, if you have the patience, you can check out Obamacare. I WARN you; Obamacare will make you sick. But the diagnosis for health care is not terminal. The BEST THAT (ONLY) THE DEMOCRATS COULD OFFER was an all government controlled health care solution that has been plagued like the plague.

The best solution, the solution that has made our Republic great, would have been a free market solution where private HMO's would have been allowed to offer their services across State lines and COMPETE FOR YOUR BUSINESS by keeping their pencils sharp in order to offer the best health care at the lowest cost with as little government interference as possible.

Question: What has the government ever done better, more efficiently, at higher quality, and at lower cost, than private industry? Think about that! Are you aware of the many problems that have been reported and still being reported at the government run Veteran's Hospitals? It's a disgrace! Our veterans deserve much better quality healthcare. (The immediate solution to the VA Hospital scandals is to MAKE CONGRESS HAVE TO RECEIVE ALL OF THEIR HEALTH CARE THERE...then, I'll bet, you'll see an immediate increase in quality patient care there.

And besides, WHY would ANYONE want to trust their most intimate and personal information in the hands of the government in the first place? And why do they want and need every detail of your life history? Answer: Control.

Total government control is the goal of communism...quite the opposite of Liberty.

These videos should make it perfectly clear by now that ALL of the promises about Obamacare were lies in order to give the American people a health care enema. Obamacare is another tax masquerading as healthcare and is nothing more than a rouse to control "We the People" by requiring every sensitive, personal detail about you, your health, and your finances. I don't want to say "I told you so"...but "I told you so".
﻿From the Beginning...﻿

The Patient Protection and Affordable Care Act
(aka PPACA, ACA, Obamacare)
is Unconstitutional!

﻿By Rodney Spooner﻿
﻿October 11, 2012
﻿ Obamacare is UNCONSTITUTIONAL! What you need to know!

On January 31, 2011, in a brilliant decision, U.S. District Judge Roger Vinson (Pensacola, FL) ruled the "mandate" of the Patient Protection and Affordable Care Act of 2009 (aka Obamacare, aka ACA) was unconstitutional and, as a result, ruled Obamacare unconstitutional. (http://dl.dropboxusercontent.com/u/3174287/Opinion%20-%202.pdf)

Judge Vinson's ruling was immediately appealed to the U.S. Supreme Court where they ruled that the "mandate" was really a tax which the U.S. Congress has constitutional authority to levy.

On June 28, 2012, the U.S. Supreme Court ruled that "mandate" was a tax which turned Obamacare into a Revenue Bill. The Constitution of the United States mandates that all Bills for raising Revenue originate in the House of Representatives. (http://www.heritage.org/constitution/#!/articles/1/essays/30/origination-clause)

OBAMACARE ORIGINATED IN THE SENATE! As a result, Obamacare is UNCONSTITUTIONAL! (http://en.wikipedia.org/wiki/Patient_Protection_and_Affordable_Care_Act)

Please support Pacific Legal Foundation in their effort to bring their case to the Supreme Court and, once and for all, pull the plug on this socialist health care system that's not only bad medicine...it's the worst kind of bad medicine.(https://www.pacificlegal.org/sentry/10-30-13-obamacare)

﻿Please share/copy and paste and spread the word. Thank you.

Download File
﻿A GREAT example of a free market solution﻿

﻿﻿﻿Obama Promises To Lower Health Insurance Premiums by $2,500 Per Year﻿﻿﻿ 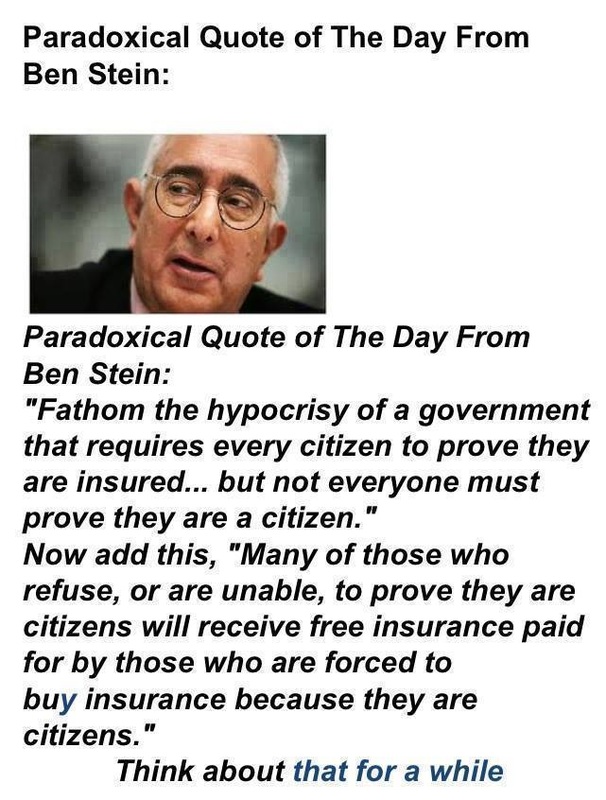 Name one thing that the government manages better and less expensive than private industry?

Simply stated, a free market solution to America's health care problems would be better than any government solution. We can do far better then the Patient Protection and Affordable Care Act of 2009 (aka Obamacare, PPCA, and ACA) that the Democrats forced on the American people. Obamacare turned out to be a dismal health failure by not delivering what was promised by Mr. Obama and the Democrats.

Obamacare is not as much about quality health care as it is about controlling "We the People" by intaking virtually every piece of personal information including personal banking information, income tax information, gun ownership, among other things not normally related to health care needs.

I have found that the more serene the name of the Bill, the more odious its consequences. The Patient Protection and Affordable Care Act is not about patient protection when a patient's personal ID information is able to be stolen.[1] AND it's not even delivering on the promise of affordability![2] Obama promised that Obamacare would reduce the cost of health care by $2,500 per year. On the contrary, it has INCREASED COSTS by over $2,500 per year. That's a difference of $5,000 per year![3]