How can we solve California’s public pension problem?
Editor’s Note: Following the Hoover Institution’s “California Public Pension Solutions” conference, the bi-partisan group of attendees completed a post-conference survey that explored pension reform concepts discussed during the conference.
In June 2012, voters in the cities of San Diego and San Jose sent a strong message to elected officials and public employee unions statewide: they are eager to accept bold public pension reforms. In each city, by over 30 point margins, voters endorsed a new 401(k) style reform in San Diego and a new, low-cost defined benefit plan in San Jose. While both reforms are still in litigation, their passage has ushered in a new era of reform discussion in a state long dominated by the public employee unions. 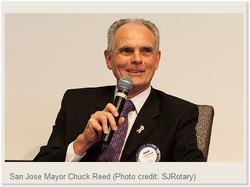 The facts line up decisively in favor of public pension reform. But because of the public employee unions’ strong influence in local and state politics and its consistent resistance to change, reform has become a controversial public policy issue. Yet, the longer it takes to enact reform, the bigger the problem becomes.

Though the participants had a wide variety of backgrounds, the conference yielded substantial agreement on various reform concepts. Using the University of Chicago’s Booth School of Business IGM Forum as a model, the Post Conference Report explores the views of the conference’s experts on a variety of public pension reform concepts. As such, the Post Conference Report (which can be found here) is a primer for reform in California. Overall, the conference yielded three important overarching themes: the “California Rule” needs to be amended, reform needs to be holistic, and leadership with public support is a necessity.

Meaningful reform cannot occur in California until the “California Rule” is changed. Courts have long determined that state retirement statutes create a contract between the state and its employees. The “California Rule” takes this one step further by creating the contract on the first day of employment. As “California Rule” expert and University of Minnesota School of Law scholar Amy Monahan notes in her 2011 paper on the topic, the “California Rule” makes it so “pension benefits for current employees cannot be detrimentally changed, even if the changes are purely prospective.”

This, in effect, means that localities or a state operating under the “Rule” cannot make adjustments to pensions for current employees even if it is just for future hours, while not touching already accrued benefits. Monahan concludes that this “Rule” inappropriately curtails the power of the legislature and runs counter to both legal and economic theory. Based on weighted (by confidence) responses to the post-conference survey, roughly 75 percent of attendees strongly agreed that amending the “California Rule” is first necessary to enable meaningful reform.

While operating under the “Rule,” California and its localities can only enact small reforms—in a sense, nibbling around the edges. Common reforms include adjusting or freezing cost-of-living-adjustments, eliminating the ability to spike pensionable pay or double-dip salaries, changing the definition of pensionable pay, and changing benefits for new or future hires (which just delays solvency for decades). However, as 80 percent of conference participants indicated, these alone are not sufficient to address the mounting unfunded liabilities. For instance, based on estimates from Stanford University economist Josh Rauh and University of Rochester economist Robert Novy-Marx, a 1 percent cost-of-living-adjustment reduction would lower unfunded liabilities by just 9 to 11 percent. And each day that passes without meaningful reform, the problem only grows: CalSTRs’ unfunded liability grows each day by $22 million.

As such, California and its localities need to examine the issue holistically: addressing the current unfunded liability, which itself is a daunting challenge, as well as fixing the reasons why the unfunded liability has occurred, i.e. structurally reforming pension systems. While substantial focus has been on the generosity of pensions—for instance, in 2012, 31,000 state retirees collected pensions valued at $100,000 or more—most of the pension problems in California stem from elected officials and/or pension boards over-promising and under-funding. Requiring those responsible to fully honor promises made would also help in making the generosity of plans more reasonable.

Another way to establish better financial health of public pension systems is to require 100 percent of the actuarially required contributions (ARC) and the use of a risk-free rate of return. The ARC is the amount necessary to ensure pension systems can meet their annual pension benefits. As such, not contributing 100 percent (CalSTRs only received 44 percent of ARC in 2013) means the employer is inherently underfunding the plan.

Currently, pension boards use a rate of return based on the expected return for their invested assets. For instance, CalPERs assumes a rate of return of 7.5 percent, but since 2000, the actual average annual rate of return for the fund has been only 4.5 percent. Moreover, if pensions are indeed considered guaranteed (i.e. they are riskless), then a risk-free rate of return is more logical. Conference attendees, by almost a 9 to 1 ratio, agree that these two simple steps would be prudent for fiscally stabilizing pension funds.

Defined benefit plans, on the other hand, guarantee a previously specified benefit based on a host of criteria. Employers (and to some extent employees) contribute a certain, but not set, amount to an investment fund that is structured to ensure sufficient funds to match the promised benefit amount.

If employers set reasonable parameters when establishing the benefit formula, use a risk-free rate of return to discount investment cash flows, and maintain full contributions, defined benefit plans can be fiscally sound. Yet, the attractiveness of defined contribution plans is that they, for the most part, structurally prevent the type of over-promising and under-funding that is easy to and all too often occurs under defined benefit systems.

Yet even though one’s initial instinct may be to switch the pension system, 61 percent of the conference’s participants did not think moving from defined benefit to defined contribution is the only solution.

Conference participants believe that leadership with public support is the key to meaningful reform. In Rhode Island, the Democratic State Treasurer, Gina Raimondo, spent eight months negotiating and discussing the issue with stakeholders prior to submitting a reform bill. While these actions did not create a completely smooth legislative process, the heavily Democratic legislature overwhelmingly passed the reform bill (57 to 15 in the lower chamber and 35 to 2 in the upper house).

In San Jose, city councilmembers and Mayor Chuck Reed publicly discussed with city residents the fiscal effects of inaction, pointing to closed libraries or parks and laid-off policemen. Although negotiations with employee unions did not produce an agreement, Mayor Reed and the City Council did incorporate some of their concerns into the reform ballot proposition, Measure B. Their education and coalition efforts resulted in 69 percent of voters passing the reform. In San Diego, another reform that moved the city’s non-public safety employees from a defined benefit plan to a defined contribution system enjoyed 66 percent support among voters in June 2012.

The lesson learned from all of these reform efforts is simple: strong leadership is necessary. Without Treasurer Raimondo, Mayor Reed of San Jose, or Mayor Sanders of San Diego, reform likely would not have occurred. In addition, educating the public about the implications of inaction and garnering the public’s support are equally as important.

Among a diverse group of pension experts, consensus emerged on the main concepts of public pension reform. California might see one of these overarching themes put into action this year as a ballot initiative to amend the “California Rule” supported by Mayor Chuck Reed could appear on the November ballot. Nonetheless, at a certain point California and its localities will reach insolvency and reform will have to occur—it is more a matter of when than whether.
Carson Bruno is a research fellow at the Hoover Institution who primarily studies California public policy, electoral politics, and public opinion, with a focus on the future of the California Republican Party. Carson also explores domestic economic policy, tax policy, and the intersection of energy and environmental policy. His central interest is in developing market-efficient policies that complement California public opinion and spur economic growth, advance personal liberty, and improve economic mobility within the state. Carson’s examination of national policy largely focuses on its effect on state policy-making decisions. Before joining the Hoover Institution, Carson structured tax-exempt and taxable municipal bond issuances as a public finance investment banker, which gave him an in-depth look at state and local fiscal policy decisions.

He received his master’s degree in public policy with honors from Pepperdine University, specializing in economics and American politics. He has a BS in accounting and business management, with special attainments in commerce, from Washington and Lee University.