You are at http://www.votefortheconstitution.com/trans-pacific-partnership-tpp.html
Thank you for visiting the "Trade Promotion Authority" (TPA) page. My purpose here is not to regurgitate main stream media, but provide essential information that you may not find elsewhere. While the TPA has been "public" for a while, details are not. The TPA has been kept as secret as possible not only from "We the People" but also from our elected representatives as well. As a result, Americans are being disenfranchised and ignored. This is CORPORATISM NOT free market capitalism. If TPA (or anything else for that matter) was such a great deal for America and Americans, then it should be held high and survive the light of public scrutiny and open debate. Our elected servants should be checking in with us and informing us about it (as with all legislation). But that's not what is happening. I report...you decide. Please visit often as I will continue to update and add more information. Thank you for your time and consideration. ~ Rodney Spooner

Related: See also TPA News...
Related: See also the ﻿Trans Pacific Partnership...﻿
Source: http://en.wikipedia.org/wiki/Fast_track_%28trade%29
The fast track negotiating authority for trade agreements is the authority of the President of the United States to negotiate international agreements that Congress can approve or disapprove but cannot amend or filibuster. Also called trade promotion authority (TPA) since 2002, fast track negotiating authority is a temporary and controversial power granted to the President by Congress. The authority was in effect from 1975 to 1994, pursuant to the Trade Act of 1974, and from 2002 to 2007 by the Trade Act of 2002. Although it expired for new agreements on July 1, 2007, it continued to apply to agreements already under negotiation until they were eventually passed into law in 2011. In 2012, the Obama administration began seeking renewal of the authority. 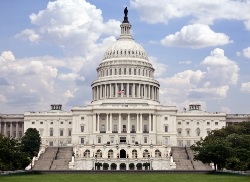 For more than 30 years, Congress has enacted Trade Promotion Authority (TPA) laws to guide both Democratic and Republican Administrations in pursuing trade agreements that support U.S. jobs, eliminating barriers in foreign markets and establishing rules to stop unfair trade.  TPA does not provide new power to the Executive Branch.  TPA is a legislative procedure, written by Congress, through which Congress defines U.S. negotiating objectives and spells out a detailed oversight and consultation process for during trade negotiations.  Under TPA, Congress retains the authority to review and decide whether any proposed U.S. trade agreement will be implemented.

Since 1974, Congress has enacted TPA legislation that defines U.S. negotiating objectives and priorities for trade agreements and establishes consultation and notification requirements for the President to follow throughout the negotiation process.  At the end of the negotiation and consultation process, Congress gives the agreement an up or down vote, without amendment. TPA reaffirms Congress’s overall constitutional role in the development and oversight of U.S. trade policy.

(2)  TPA establishes Congressional requirements for the Administration to notify and consult with Congress, with the private sector and other stakeholders and with the public during the negotiations of trade agreements.

(3)  TPA defines the terms, conditions and procedures under which Congress allows the Administration to enter into trade agreements, and sets the procedures for Congressional consideration of bills to implement the agreements.

Every $1 billion in exports of U.S. goods and services supports more than 5,000 U.S. jobs.  In 2012, exports of U.S. goods and services supported an estimated 9.8 million American jobs, including 25 percent of all manufacturing jobs. Expanded exports have added 1.3 million American jobs since 2009, and those export-supported jobs pay 13 to 18 percent higher than the national average wage.  The way to support more of these high-paying jobs is to expand trade and investment opportunities.   And the way to make sure that happens is to support TPA.
TPA HELPS EXPORT MORE 'MADE IN AMERICA' PRODUCTS ABROAD

We know that exports support American jobs.  And we know that U.S. trade agreements sustain those job-supporting exports:  our agreements with just 20 partners support 46 percent of our country’s goods exports overall.   In fact, exports accounted for a third of U.S. growth since 2009.  The trade agreements we’re working on right now – T-TIP and TPP – account for 65 percent of the world’s goods and services trade and would account for 69 percent of U.S. goods exports.  TPA will help to get those agreements in force and support American jobs.
TPA MAKES TRADE AGREEMENTS BETTER- AND THE U.S. MORE COMPETITIVE GLOBALLY

Through TPA, Congress outlines high-standard objectives and priorities for U.S. negotiators to pursue in trade agreements, a process which helps build consensus on U.S. trade policy.  Upwards of 250 trade agreements between other countries are in force and many more are currently being negotiated. While these agreements are not the high-standard, comprehensive trade agreements the U.S. negotiates, foreign companies have better and cheaper access to these markets and this places U.S. workers, businesses and farmers at a relative disadvantage.  In fact, China and Europe are currently negotiating agreements with other Asia-Pacific partners that could displace U.S. goods, services and agriculture products and set standards that exclude the U.S. exports from their markets.  Updating TPA ensures our trading partners know U.S. negotiators have the support of Congress when we call for greater ambition and stronger, high-standard trade agreements.  This is particularly important on newer issues affecting our ability to compete in the global economy, such as leveling the playing field between state-owned enterprises and our private firms. Moreover, high-standard agreements encourage countries outside U.S. trade agreements to raise their own standards.  And that helps American businesses and workers compete better globally.
TPA ENSURES TRANSPARENCY AND PUBLIC ENGAGEMENT IN TRADE

PA bills establish consultation and notification requirements for the President to follow throughout the trade agreement negotiation process – ensuring that Congress, stakeholders and the public are closely involved before, during and after the conclusion of trade agreement negotiations.  And TPA explicitly retains Congress’s ultimate authority to decide whether the United States will implement any trade agreement. Since the Administration notified Congress of our intent to enter negotiations of the TPP in 2009, USTR has closely followed Congressional objectives and notification and consultation provisions required under TPA.  USTR has consulted hundreds of times with Congressional committees with jurisdiction over international trade negotiations, consistently requesting input on the direction, focus, and content of TPP negotiations.  And USTR continually meets with Members and staff from other committees regarding particular issues of interest.

In addition to our congressionally mandated committees of industry and public sector advisers , the United States consults with all interested stakeholders  at each trade agreement negotiating round and in between.   We do this to share information and get views that make the negotiated product better.  For TPP, these stakeholders have included representatives from academia, labor unions, the private sector, and non-governmental organizations.  Under TPA, this activity would continue and be strengthened.