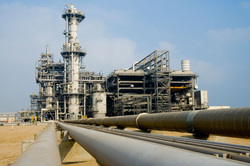 A state appeals court has overturned an approval by state regulators for a proposed Pacific Gas & Electric Co. natural gas plant in Oakley, saying the utility presented no reliable evidence that the plant is needed.

The 586-megawatt plant in northeast Contra Costa County would provide electricity for PG&E's grid in Northern and Central California. Originally proposed in 2008, it was approved last year by the state Public Utilities Commission, which cited a report that the grid would need additional generation before 2020 to back up the increasing use of intermittent energy sources, like wind and solar power.

But the source of that report, the California Independent System Operator, a nonprofit organization that oversees the state's electric system, declined to testify before the PUC. In a ruling Wednesday, the First District Court of Appeal in San Francisco said PG&E's presentation of the report was hearsay - a secondhand account by someone unavailable for questioning by the commission or the public - and could not be the basis for approval of a new power plant.

PG&E offered other arguments for the plant, including the possibility of an energy shortage if its Diablo Canyon nuclear plant is not relicensed. But the court said neither the utility nor the PUC cited any evidence, aside from the system operator's uncorroborated and disputed report, that the electric system needed a new plant in Oakley.

"We do not find substantial evidence to support (the commission's) finding that the Oakley project is needed to meet a specific, unique reliability risk," said Presiding Justice Barbara Jones in the 3-0 ruling.

Under the commission's own rules, as well as federal and state law, she said, hearsay evidence, by itself, is not enough to support a decision.

Opponents of the plant include the Independent Energy Producers Association, representing smaller generators of electricity from diverse sources, and The Utility Reform Network, a consumer advocacy group. That group's lawyer, Robert Finkelstein, accused PG&E of pushing for special treatment by the state commission after failing to gain approval for the Oakley plant during the PUC's regular review of power needs in the late 2000s.

"What's the need for more fossil-fuel plants?" Finkelstein said. "A natural-gas-fired plant is exactly what California is trying to get away from as we try to pursue a more conservation-based policy."

PG&E could appeal the ruling to the state Supreme Court. Company spokeswoman Tamar Sarkissian said the Oakley plant has community support, would provide jobs and tax revenue, and is "exactly the kind of flexible, efficient new generation resource that is needed in California."