What does the U.S. Constitution say about immigration?

Section 2. Representatives shall be apportioned among the several States according to their respective numbers, counting the whole number of persons in each State, excluding Indians not taxed. But when the right to vote at any election for the choice of electors for President and Vice President of the United States, Representatives in Congress, the Executive and Judicial officers of a State, or the members of the Legislature thereof, is denied to any of the male inhabitants of such State, being twenty-one years of age, and citizens of the United States, or in any way abridged, except for participation in rebellion, or other crime, the basis of representation therein shall be reduced in the proportion which the number of such male citizens shall bear to the whole number of male citizens twenty-one years of age in such State.

Section 3. No person shall be a Senator or Representative in Congress, or elector of President and Vice President, or hold any office, civil or military, under the United States, or under any State, who, having previously taken an oath, as a member of Congress, or as an officer of the United States, or as a member of any State legislature, or as an executive or judicial officer of any State, to support the Constitution of the United States, shall have engaged in insurrection or rebellion against the same, or given aid or comfort to the enemies thereof. But Congress may, by a vote of two-thirds of each House, remove such disability.

Section 5. The Congress shall have power to enforce, by appropriate legislation, the provisions of this article.

The Congress shall have Power To ...provide for calling forth the Militia to execute the Laws of the Union, suppress Insurrections and repel Invasions....

Thanks to our elected servants who willfully, unilaterally, and selectively decide which laws they will enforce or not enforce, the United States is overrun with 11-20 million illegal and unregistered immigrants. If that doesn't qualify as an invasion, I don't know what does...

"No" to Immigrant Bashing

The chief difficulties that America faces because of current immigration are not triggered by who the immigrants are but by how many they are.

The task before the nation in setting a fair level of immigration is not about race or some vision of a homogeneous white America; it is about protecting and enhancing the United States' unique experiment in democracy for all Americans, including recent immigrants, regardless of their particular ethnicity.


Roy Beck, “The Case Against Immigration” 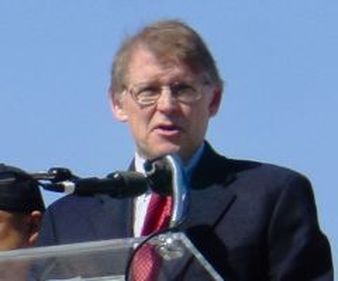 Roy Beck, NumbersUSA Executive Director
Nothing about this website should be construed as advocating hostile actions or feelings toward immigrant Americans; illegal aliens deserve humane treatment even as they are detected, detained and deported. Unfortunately, to write about problems of immigration is to risk seeming to attack immigrants themselves. Even worse is the risk of inadvertently encouraging somebody else to show hostility toward the foreign-born as a group.

I encounter too many immigrants and children of immigrants in daily affairs where I live in northern Virginia to take those risks lightly. From five continents, members of immigrant families have passed through my home, especially in the persons of friends of my sons. They are among the physical therapy patients of my wife; they are participants in youth activities which I lead; they are friends at my church, which has received national recognition for creating local service to new immigrants; they are neighbors; they are business clerks and owners where I trade.

Thus, as is the case for millions of other Americans, I have a very personal stake in not wanting to provoke hostility or discrimination toward the foreign-born who already are living among us.

But our kindly feelings toward immigrants must no longer stifle public discussion about the effects of immigration numbers.

To talk about changing immigration numbers is to say nothing against the individual immigrants in this country. Rather, it is about deciding how many foreign citizens living in their own countries right now should be allowed to immigrate in the future.

None of this is to suggest that no immigrants are scoundrels or contribute to problems of immigration because of their bad personal behavior. It is not unfair, nor does it constitute immigrant bashing, to criticize the behavior of specific immigrants who violate our laws or otherwise behave in a manner unworthy of guests who have been invited into this country.

It IS immigrant bashing, however, to ascribe those bad characteristics to whole groups of people based on their ethnicity or foreign-born status. All of us should be careful of the language we use so as not to inadvertently appear to be making such negative generalizations.

Not only is it ethically wrong to engage in such stereotyping, it is tactically short-sighted. There is much to suggest that most immigrants already among us would support reductions in immigration numbers. The reasons are not surprising. Virtually any reduction designed to help native-born Americans would be even more beneficial to foreign-born Americans. That is why so many immigrants are supporters of NumbersUSA.com.

Perhaps the greatest “immigrant bashers” are those Members of Congress who refuse to look at the abysmal conditions of so many immigrant Americans and who every year insist on adding more than a million more immigrants into their occupations, schools and communities.

Unregulated immigration comes with a cost.